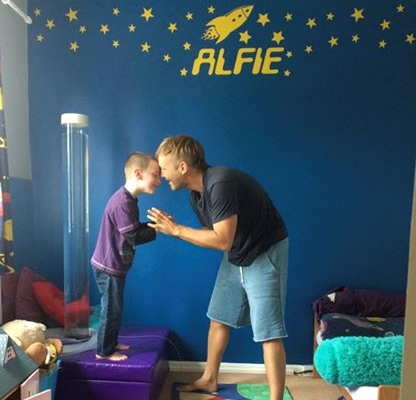 HOW you play is crucial!

What’s your play style and why?

For well over a decade I have been teaching families to play with their children on the autism spectrum as a way to further develop their child’s social ability. All too often I see people who think they are playing, when in actuality they are not. Let’s refer to this as non-play playing…I say this playfully of course!

Types of non-play playing include:

The narrator: This is where the adult in the room follows their child around narrating everything that their child is doing. This generally stems from a discomfort of not really knowing how to get an interaction going.

The Interrogator: Someone who spends at least 50% of the time asking their child what they want to play. Again, generally comes from not knowing what to do.

The Over Requester: Generally speaking the over requesting style of non-play reflects a belief that response equals progress. Since many children with autism have been taught to respond when delivered a request or demand this can be an easy way for a therapist or parent to give the appearance of progress.

The Tasmanian Devil: This play partner operates at one speed, and that is light speed, these well intended play buddies tend to equate speed with excitement and are generally worried that if they slow down or stop that their child will leave the interaction. The Tasmanian Devil tends to be quite fun for many kids, but  is an unsustainable style of play for most everyone!

The Mouse: This person tends to be too tentative to really initiate any kind of meaningful interaction. Usually worried that they will be intruding on their child and will ultimately drive them away.

The Control Freak: This play buddy tends to overplan activities and will consider them a failure if they don’t go as planned. These play buddies can be highly organized, but also highly attached to something going the way that they planned it.

The Boring Buddy: This play style can happen for a number of reasons, but is characterized by someone who doesn’t have much affect or energy and doesn’t try to become a central focus of the game or a driver of your child’s motivation. Sometimes growing from an insecurity of some kind, like believing  “I’m not fun enough” or “I’m not creative enough”. Often times if the Boring Buddy can shed some of these beliefs and let themselves cut loose they find that they are quite fun and very creative!

These types of non-play playing although common, are not set in stone and can vary greatly from person to person. Really anyone can learn to be a more effective play partner for their child or a child they work with. If one or more of these rings true for you not to worry! they ring true for just about everyone at some point, the good news is you can change!

Here are some attributes of an effective play partner:

Socially Magnetic: This refers to being fun, playful, dynamic and silly. Think of Jim Carrey as Ace Ventura!

Using a motivate and wait approach: Building your child’s motivation for something you are doing and then waiting and leaving space for them to communicate in order to continue an interaction.

Confidence and Presence: Being confident in yourself and the ideas or activities you are initiating can go a long way in sparking interaction. You are a salesperson for interaction with another person, and like all good sales reps you have to be confident in your product.

Tapping into your inner child: Forget therapy, forget meeting goals, let go of the concept of progress. No child on this planet is playing with the purpose of meeting their IEP goals. Play as a therapy, works best when your main goal is simply to have fun, get back to your play roots and be a kid a gain. You will be amazed at what your child will do when you step out of your therapist role and into the role of child.

To get a jump start on becoming the most effective play partner you can be, check out the following training modules:

Try some of our Free Training Courses